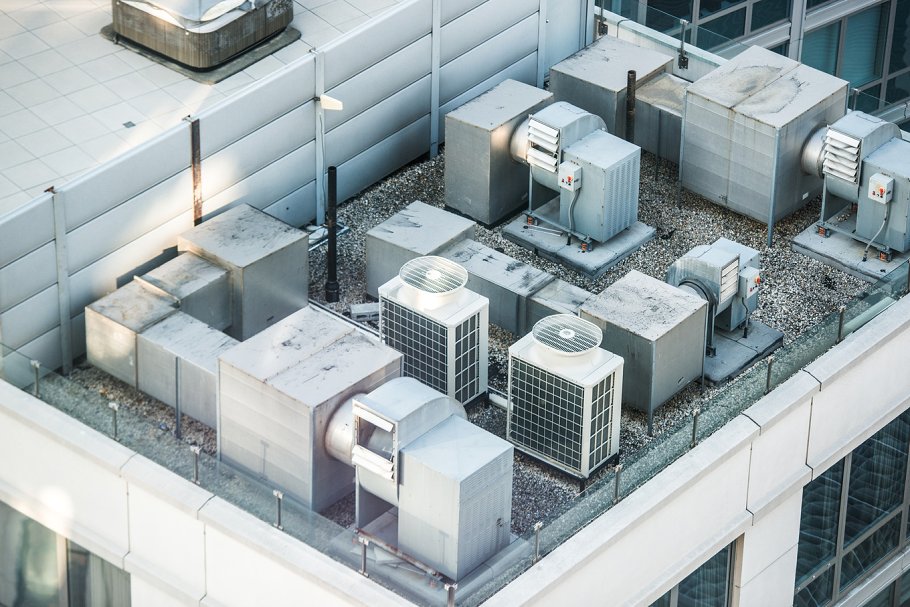 Air conditioning is an important addition to any home. In warm climates, in particular, it can help to keep people comfortable and improve your quality of life. One problem with air conditioning, however, is that it can be quite energy-demanding and expensive to run. Indeed, older units can be harmful for the environment in more ways than one because they rely on Freon, which is a refrigerant which has been found to be harmful for the environment. Modern air conditioning units use other refrigerants – partly because Freon has been phased out and is no longer on general sale. They are also more energy efficient too.

Your air conditioning’s energy efficiency is measured by how well the unit will cool a room, compared to the amount of power that it consumes. Air conditioning units are rated based on an Energy Efficiency Ratio (EER), which is based on the power consumption of the unit in Watt hours, and the energy of the unit in BTUs. A rating of 9 or above is considered to be good for air cooling in an environment that is usually hot.  The EER will be indicated in the manual and frequently also marked on the unit itself.

It is not uncommon for a unit with a high EER to be more expensive up-front than one with a lower EER, but that does not mean that the more efficient units are not worth it. While you pay more up-front for the unit, over the lifetime of the device you will pay a lot less in energy bills. You can work out how much you would have spent to run a unit by multiplying the unit’s hourly electricity usage in kW/hours by the price per unit of electricity, then multiplying that by the average amount of hours that you would run the unit per month.

Comparing units on that basis will give you an idea of the lifetime saving. Remember that the overall saving will probably be higher because electricity prices tend to increase over time.

Air conditioners work by absorbing heat from the air and releasing it to the outside, and also by reducing humidity (Which can increase perception of warmth. Some units have thermostats that will regulate how long the unit runs for. Indeed, most modern units have a thermostat.

The size of the unit will affect how much it costs to run. If you have a unit that is too small it will need to run for much longer to cool a room – if it can effectively cool it at all. This means that it will cost more to run than it should. In contrast, if the unit is too big then it will cool the room very quickly, but it may not remove humidity as effectively, so while the thermostat will say that the room is cool, it may not feel cool to the occupants. The room may get into a cycle of having the air con trigger, then deactivate too quickly, over and over again. This wastes power just as having a too-small unit wastes power.

So, what are the most energy efficient types of air conditioning unit? Ideally, you want a window unit (not a portable unit) because a window unit will be more efficient to run and will vent the hot air outside. Here’s a quick look at some of the best units at a range of different price points.

This is a small window air conditioning unit that is quite affordable and also runs fairly quietly. Priced at $240, this is a great unit for a smaller room. It has a power output of 8,000 BTU, and is very energy efficient, and is quiet enough that many people are happy to use it in offices, dens and even bedrooms.

Priced at a similar level to the LG, at $250, this is another energy-efficient unit. It is lighter, smaller and easier to install than the LG, but it runs louder, which means it is more of a kitchen or living-room unit. It isn’t so loud that it would be annoying when there is background noise, but it is not ideal for quieter rooms.

This is another, slightly more expensive unit. It is priced at around $350, and it is quieter than the budget model, so it’s a good choice for bedrooms. Indeed, it is one of the quietest window air conditioning units on the mainstream market. IT’s easy to install, and it comes with lots of foam that you can use for insulation. It performs very well for cooling, and it is very reliable. It frequently sells out, because it’s such a reliable unit. It has an EER of 12, and it works well for cooling rooms up to around 350 square feet in size.

If you want to improve the efficiency of your units, then one option is to invest in a smart plug such as the WeMo from Belkin. This allows you to turn appliances on and off via your smartphone, or by using Alexa’s voice control. You can therefore get some basic control over your AC even if it’s just an entry-level unit. If you want to have finer control, then you will need a ‘smart’ unit. More and more companies are starting to offer these. For example, Frigidaire’s entry into the ‘smart’ air conditioning system is the Cool Connect FGRC0844S1, which has been on the market for a couple of years now. IT is slick and responsive, but it has been found to have a few issues with remaining connected to WiFi connections. GE attempted to enter the market with the AEC08LW, which was released in 2017 and has since been discontinued. If you’re adventurous then you might be able to pick up one of the units for a bargain price second hand but be aware that it is far from perfect, you can find out about the r 20 refrigerant and the shift to bluon here. A ‘dumb’ smart solution such as the WeMo may still be the best option.